After a car accident, victims are likely to be occupied with being treated for their injuries. However, soon they will be wondering what type of financial situation the accident could put them in. After all, medical treatment is extremely expensive. Thinking about medical bills might lead the victim to the issue of fault. The driver that caused the accident will bear the burden of paying for the other driver's expenses, both medical and otherwise. Read on and learn how important accident evidence such as witnesses can help clear up the confusion about fault after an accident.

While a few accidents occur in rural or isolated areas, many accidents are viewed by others. When it comes to the quality of a witness for evidentiary purposes, the relationship between the drivers and the witnesses matters a lot. Neutral witnesses are the ones that don't know any of the parties involved in the accident. They may have been walking along the sidewalk, standing in line at a store, or driving on the same roadway as the vehicles involved in the accident.

Neutral witnesses are usually sought out and interviewed at the accident scene by law enforcement officers responding to the scene. The officer will ask at what point the accident was witnessed and when. Point of view matters because an unobstructed view of the accident from several moments prior to the crash can portray valuable insights as to what occurred. For instance, another driver might mention that they observed the other driver weaving in and out of traffic recklessly before they crashed into a vehicle.

On the other hand, the viewpoints of other passengers and the drivers themselves can also prove informative. They will all be interviewed, and their statements recorded. The contact information of all witnesses will appear on the police or accident report prepared by the responding officer.

Fault may not be determined by those who saw the accident. In that case, more investigation must be performed by your personal injury lawyer. They will call upon experts who comb through the evidence to establish fault. They will use computer programs to reconstruct the accident using evidence like photographs taken at the accident scene. The location of impacts on vehicles, marks on the pavement, and damage to signs and other objects near the site can often tell a story of what happened that day.

Only when fault has been settled can you pursue monetary damages against the other driver. Speak to a firm such as Eisdorfer, Eisdorfer & Eisdorfer to find out more. 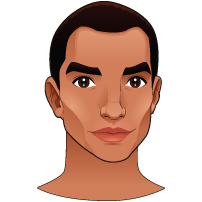